Since lockdown, one thing many of us have recognised is the sheer amount of time that we spend watching sports. Whether it be Champions League fixtures on a Tuesday and Wednesday night, the Darts on a Friday night, the Rugby on a Saturday afternoon, or the Golf on a Sunday – there is no denying that for millions, sports dominate their schedule.

As fans are no longer able to watch their beloved weekend of sports, millions across the globe have turned their attention to virtual alternatives instead.  There you go. It isn’t all doom and gloom!

Of course, we have simulations which, most recently, was used to run a ‘virtual Grand National’. However, we’re talking about live virtual sports and competitions, whether it be pitting Premier League players against each other on FIFA, or sports stars actually competing in video-based challenges and competitions from home.

Here, we take a look at the world of eSports, examining what the world has provided us with as of late in regard to a different kind of activity.

Before venturing into the wider world of eSports, let’s take a look at sporting competitions that have been replicated in the best way possible but with social distancing in mind.

As singers around the globe have been teaming up with the World Health Organisation to put on live streams for the fans who, potentially, missed out on intimate gigs or festivals, the Professional Darts Corporation made the decision to host a live darts tournament.

Contestants, which included the likes of Gerwyn Price, world number three, had to have their podium set up correctly, ensure their oche was properly aligned, and get their kids of the Wi-Fi to guarantee a perfect viewing platform for the vans.

Price told BBC: “It was a little bit strange playing fellow players, fellow pros in a competition in my pyjamas and my slippers and my dart top on”.

The Welsh man suggested, however, that trying to throw a perfect nine in your question wasn’t quite the same as doing it in front of a packed arena.

The best talent in the country was supposed to be competing at the National Skate Boarding Championships in Manchester at the beginning of April. Unfortunately, due to lockdown, the event had to be cancelled, leaving both competitors and fans highly disappointed.

The organisers didn’t want the skaters to miss an opportunity to excel, therefore, despite not being able to offer Olympic points, they set up an event that would run from home, and threw some prize money into the pot as well.

80 invitees were asked to film a clip of themselves pulling off an impressive skateboard stunt or collation of stunts and the public would decide who would win.

Alex Decunha, the Olympic hopeful would go on to claim victory in the men’s events, while 10-year old Roxana Howlett tore it up on the women’s scene with her ‘three-board stunt’.

On the eSports side of things then, with Premier League footballers finding themselves at a loose end thanks to a lack of weekly fixtures, some of the biggest stars kicked off their boots and pulled on their comfies instead.

In true cup-final fashion, we were provided with a thrilling encounter between the England and Portuguese internationals, with the latter of the two winning through a Raul Jiminez golden goal.

Despite a lack of live sporting entertainment since the beginning of lockdown we have not been left disappointed thanks to a wide array of talent and technologies. 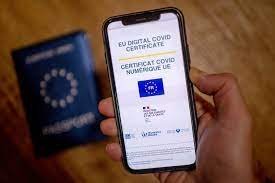