Mention aliens in passing conversation and science fiction stories will most likely crop up. However, with recent accounts of UFO sightings by US Navy pilots popping up in the media, more and more people are questioning their beliefs about extraterrestrial activity. Here is a short guide to extraterrestrial life that will question, or confirm, your belief in aliens.

There are no confirmed encounters or firm evidence that there is life beyond planet Earth when it comes to alien life. However, there are numerous reports of UFO and ET sightings around the world. Unfortunately, in terms of UFO hard science, it is difficult to back up reports of sightings. However, there is active funding in esoteric science research, the study of unrevealed or misunderstood phenomena, by the US government. Not to mention, scientific logic supports the idea of alien life in some form.

Life Beyond this World

Astrobiologists devote their time to studying the origins and evolution of life on earth and life beyond earth. Astrobiology is a relatively new field of study that brings together the techniques and knowledge from multiple disciplines. This includes aeronautical engineering, biology, astronomy, geology, and atmospheric science. Ultimately, they use capabilities gained from these fields to address the question of whether there is life beyond this world.

Although scientists disputed UFO sightings to be related to alien life, they are commonly associated with extraterrestrial activity. Whether they are actually linked remains to be disputed. However, there have been many credible and incredible sightings reported by different people.

One of the most recent sightings comes from Navy pilots during training flights. The footage was leaked in 2017 and published by the New York Times. It revealed UFOs zooming through the Earth’s atmosphere at high speeds, with US pilots looking on in awe. One of the pilots expresses shock at the speed of the crafts and the sheer volume of UFOs in the sky. In 2019, the U.S. Navy created a reporting process for pilots who witness UFO sightings to investigate each reported incident. This process came about due to UFOs and unauthorized aircraft reports in military-controlled ranges and airspace. The Navy attributed the implementation of this new system to fewer security risks and hazards for the Navy and Air Force aviation.

Besides UFO sightings, there have been reports of direct encounters with extraterrestrials. The people reporting these incidents are not always certain of their purpose, and the encounters can range from positive, spiritual experiences to frightening abductions. Although it is easy to dismiss such claims, many reports share similarities. For example, contactees would report seeing a UFO, there is some sort of body examination involved, and they experience missing time after the encounter. Many people would also claim to have had more than one encounter with extraterrestrial beings.

The possibility of alien life may have been the work of science fiction decades ago, and people are reporting encounters and sightings would have been ridiculed. However, unexplained UFO sightings confirmed by the US government and connected direct encounter claims make the existence of extraterrestrial life appear more plausible in today’s world. 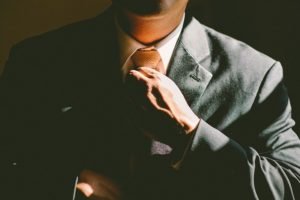 Candice Turner
July 27, 2021
As CEO, this situation is probably familiar to you: You appear to perceive the world differently, always from the department...

Annajay
July 26, 2021
Hobbies are essential for stress relief, as they help you get away from the constant noise of the outside world....