Alcohols come under the category of organic compounds. Organic compounds mainly consist of carbon and hydrogen atoms or also referred to as hydrocarbons. To these hydrocarbons when other groups have attached the properties of the compound vary depending on the atoms present in the molecule. There are many functional groups like acids, alcohols, ketones, amine, halogen, and so on. Each group is characterized by its unique properties. In this article, we will study alcohol and its importance.

Alcohols are considered to be the most commonly occurring organic compounds. Alcohols are the class of organic compounds that are recognized by the presence of one or more hydroxyl groups (−OH) that are joined to the carbon atom present in an alkyl group or hydrocarbon chain. The alcohols can be represented by the general formula CnH2n+1 OH. The nomenclature for alcohol ends with ‘ol’. For instance Methanol, Ethanol.

We can broadly classify alcohols based on the number of carbon atoms present in the molecules that are directly attached to the carbon that is bonded with the alcohol group. Alcohol can be categorized into three types based on this

Based on the type of alcohol the properties of the compound are determined. The alcohol reactions vary as Why are alcohols the most vital organic compounds?per the structure and type of alcohol present.

Functional groups are the substituent atoms or groups of atoms that are attached to specific molecules. These groups are responsible for specific chemical reactions that undergo between the molecules. The alcohol functional group is denoted by the hydroxyl group -OH. As per the number of hydroxyl groups present in the compound, alcohols can be classified into the following three types as

Alcohol undergoes many vital reactions such as oxidations, dehydration that play a major role in biological processes as well as the chemical processes in industries. Alcohols undergo oxidation in the presence of an oxidizing agent that yields aldehydes and ketones as products. On further oxidation of these products, we get carboxylic acids. Alcohols when treated with protic acids, undergo dehydration to form alkenes.

Alcohols have a wide variety of applications in our day-to-day activities. Listed below are few applications of alcohol

Alcohols are the vital organic compounds as it stretches its hands and applications in most of the sectors. Our human body also contains few compounds such as sugar, glucose that contain alcohol groups and helps in biological processes like digestion.

Hasnain Rana
July 31, 2021July 31, 2021
As any adroit inbound advertiser knows, publishing content to a blog is a crucial apparatus for drawing in the right...

Candice Turner
July 30, 2021July 30, 2021
Introduction to Learn Oracle Dba Training Nowadays units of measurement can observe that these are some online websites and coachings...

Candice Turner
July 28, 2021
Like in most parts of the country English medium schools in Ahmedabad are extremely popular as they are seen as...

Candice Turner
July 21, 2021
There is always an importance of boosting the vocabulary of your little one from an early age. Of course, you... 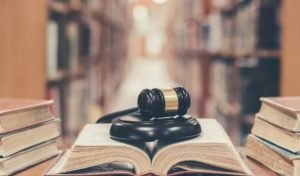 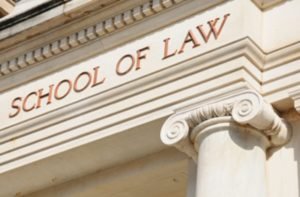 Tom Clark
July 17, 2021July 19, 2021
Everyone wishes nowadays to join one of the prestigious law colleges in Lucknow or a private law college in Lucknow...